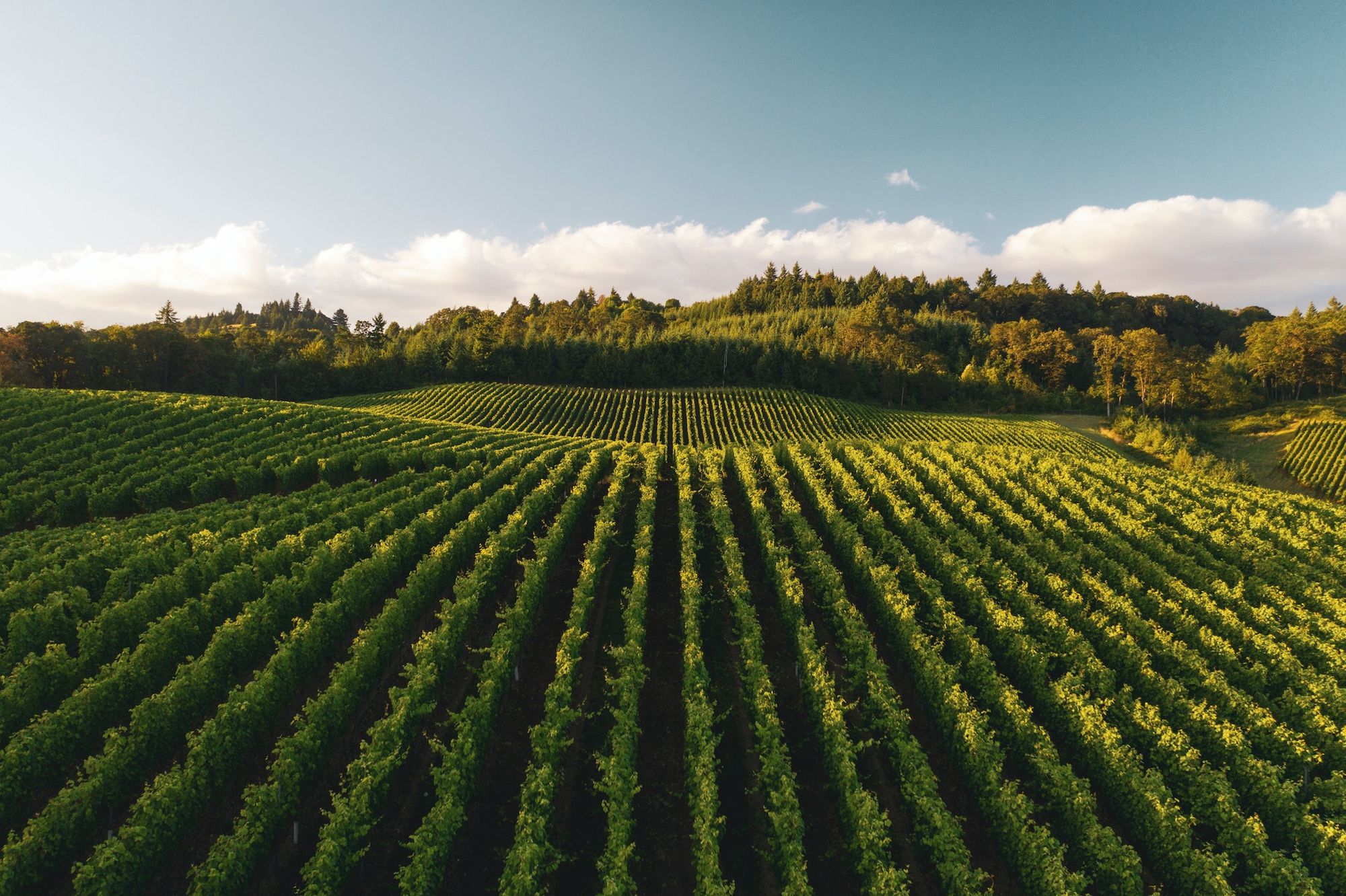 As with any other type of investing, it is important to know the details, strengths and risks of any opportunity when it comes to farmland assets. No two properties are created equal - each farm has a unique endowment of resources to support its production and unique risks that will manifest differently depending on what the farm produces.

In our white paper, we break down farmland assets into three basic categories: row cropland, permanent cropland, and livestock. These categories, however, conceal a lot of complexity and nuance, especially when it comes to the two categories of cropland. Knowing what these consist of, how they’re different, and the benefits and risks they present is extremely important to building a healthy portfolio.

FarmTogether has active investments in both types of cropland as well as new offerings of each coming forth. We want to make sure our current and prospective investors understand the differences and feel comfortable weighing them in making a decision to invest. To get there, let’s dive into the details of these two types of cropland together.

What Are Row Crops?

The most recent USDA estimates put row crops at more than 75% of all planted acres of cropland across the US. The name “row crops” refers specifically to the way these crops are planted - in densely-seeded, usually machine-laid rows across an entire field.

Most row crops are “annual” food and fiber plants that can be mechanically planted, irrigated, fertilized, and harvested every year. Annual, in this case, means that these plants have a fairly short life cycle - usually, less than or equal to one year. They need to be replanted every year in order to remain productive, and therefore a full row crop “growing season” consists of all activities related to planting, cultivating, and harvesting the crops as well as re-incorporating the plant residue after harvest back into the soil. There are many examples of row crops in the US, but the most significant ones are cereal grains like corn, wheat, barley and rice, along with soybeans, hay, and cotton.

Planting row crops allows the farmer more flexibility with how to employ farmland year-to-year. Harvesting and replanting fields every year means that the grower can rotate crops to mitigate degradation of soils, manage use of irrigation water and react to changes in the market that lead certain crops to be more profitable than others. This also affords row crop growers a better ability to react to droughts and other major environmental shocks that force them to change how they allocate their resources in managing the farm.

In the last several decades, row crop production has intensified dramatically around the world, and the uses of these crops have gone beyond sale for food. Corn and soybeans, for example, can be repurposed as livestock feed or sold to secondary markets like the biofuel industry. The markets for these crops have also gone global, and much of the harvest even in big producing countries like the US and China is ultimately sold for export.

For growers, this has meant that they have to be ready to compete in both a domestic and a foreign marketplace, and be extremely mindful of profitability in how they manage their farms. This has produced various notable changes to the land planted in row crops in the US over the last several decades. For example, the total land planted in wheat in the US has declined 52% from its historic high in the 1980’s, owing in part to a decrease in the profitability of wheat growing operations due to foreign competition and relative increases in the profitability of corn and soybeans.

What Are Permanent Crops?

Instead of being planted, grown and harvested annually, permanent crops can be generally characterized as “perennials” - crops with a life cycle of many years, some up to multiple decades, that are planted once and then maintained and harvested in place throughout their entire life cycle. Crops grown on trees, shrubs and vines are the most common examples. Grape vineyards, along with apple, stone fruit and nut orchards, as well as citrus groves are all popular styles of permanent cropping in the US.

Though they represent a much smaller share of total cropland in the US, permanent crops generally fetch a higher economic return than row crops and are growing in popularity due to their profitability. For example, the explosion of almond and pistachio orchards in California’s Central Valley has been driven, especially in the last 50 years, by huge spikes in the value of those crops as foreign demand has increased and nuts have become more popular in snack products domestically.

That said, one of the key factors to consider for both farmers and landowners when considering permanent crops is that most of these crops have a pre-productive or “greenfield” period, often lasting several years, prior to becoming productive. Trees, vines and shrubs simply take longer to mature and produce a high quantity of fruit than annual crops do. Beginning permanent crop operations require a larger initial investment and more proactive, rather than reactive, planning to ensure that profits will outweigh these initial costs once the plants begin yielding larger harvests.

Cultivation and harvesting of permanent crops is also usually more labor-intensive and less conducive to mechanization than row crops, but this is changing. Growth in the use of mechanized robotic harvesters, drip irrigation, and other technical innovations have been major catalysts in the expansion of permanent cropland in the US.

In general, permanent crops are a long-term obligation and prevent the farmer from easily cycling in new crops into their farms on an annual basis. As far as markets go, this also means that permanent crop farmers are hedging their bets against the changing tastes of consumers, as well as changes to the environment.

This presents a different type of risk than that which row crop farmers experience - permanent crop farmers have to anticipate changes, and plan their business, on a longer timeline. They typically incur greater risks in the event of a crop failure or a change to the market, but have greater potential for positive economic returns given the elevated value of their harvests.

So, which is the safer investment?

The simplest way to paint the investment outlook between the different types of cropland is by their risk profiles and timelines. Row crops generally produce stable returns with more flexibility in the short term around farm diversification and operational changes. Permanent crops, on the other hand, tend to reward patience and strategic long-term investment into operational infrastructure and technology that may carry higher initial costs, but would reward the investor and the farmer with high profits after several years.

The NCREIF Farmland Index reports that, without considering land value appreciation, “permanent crops’ annualized yield has hovered around 15% over the last decade” which contrasts the “5% annual growth of row crops”. That said, it is crucial for farmland investors to find a balance between the two. The year-to-year flexibility and comparatively lower risk of row crops can be a good complement in your portfolio to the higher-risk, higher-reward nature of permanent crops.

To put these risks in the specific context of farmland value, remember that changes to farmland value are driven, among other things, by two key factors: cash returns to farmland, and the capitalization of other on-farm assets, including technology, over time.

Row cropland’s cash returns will be typically lower but less volatile than that of permanent cropland that has entered maturity and is producing solid yields. That said, row cropland’s cash returns will begin immediately since the farm does not have to endure a greenfield period before becoming productive. Permanent crops, meanwhile, will have a more “J-curve” return profile - after a few slow years at the start of production, there will be a steeper ramp-up in cash returns to farmland once the plants mature.

In terms of technology capitalization, permanent crops usually harbor greater potential than row crops simply because it is in the farmer’s interest to deploy innovative new technology to make production as efficient and cost-effective as possible. The need to offset an initial investment in the land often justifies making technological improvements that will impact the farm’s bottom-line in the long run. Technical innovations in row crop operations, on the other hand, often mimic the shorter-term flexibility of the cropping choices the farmer makes. High-yielding, disease-resistant varieties can be planted in any given year, but if crops are rotated, the value of the technology used to breed those varieties does not become part of the farmland’s value itself.

All of the above reasons illustrate why FarmTogether is involved in both types of cropland. Current offerings include the Brody hazelnut orchard and Doris Farm, two properties which illustrate the balance between row crops and permanent crops perfectly. If you’re already an investor or are considering joining us on this journey, we encourage you to consider investing in both, for the unique benefits that each type of cropland brings to the table.

FarmTogether’s mission is to support sustainable and profitable farming by leveraging technology, and removing the barriers to entry to farmland ownership, all the while providing individuals, our investors, with an opportunity to share in the rewards from farming well.

We are actively pursuing investment opportunities in both row crops and permanent crops. To learn more about us, our approach, and our current investment offerings, check out our offerings page as well as our white paper.

Farmland can contribute to a great diversification strategy for your portfolio. To learn more about investing with FarmTogether, sign-up for an account and check out our current investment offerings.